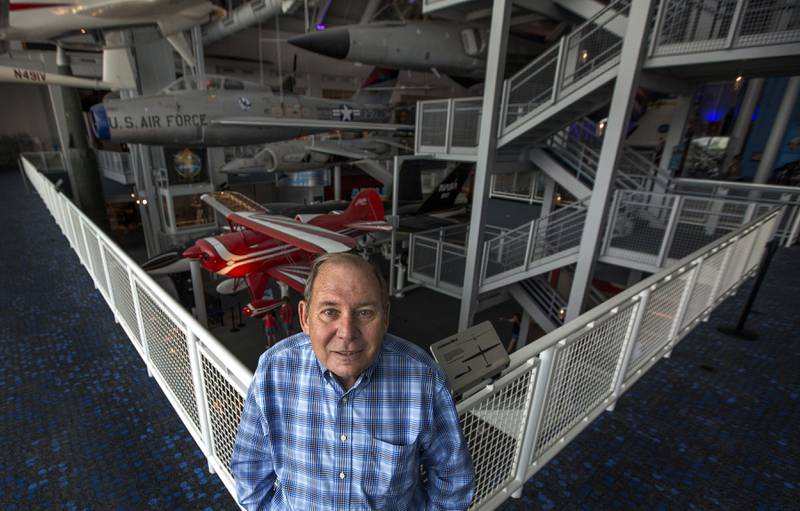 HAMPTON — “Meet the Tastemakers” is a series that gives readers a chance to learn about the moving parts of the local arts scene — most important, the people making it all happen. They are choreographers, painters, curators and designers who have centered their life’s work on learning and helping others do so as well.

We caught up with Robert Griesmer, who is retiring as executive director and chief executive officer of the Virginia Air & Space Science Center. His job, he said, has been more hands-on than people realize.

I have had the honor of leading the Virginia Air & Space Science Center through transformational changes since arriving in November 2014. Our team rebuilt its brand as the NASA Langley Research Visitor Center as well as a leader in STEM programming and research. We are known not just as a nice place, but as an essential place; not just a provider of STEM programs, but a leader and innovator of STEM education.

We are the home of Apollo 12, Gemini, Mercury and the new Orion capsule. We have a stunning collection of historic space- and aircraft suspended from our 98-foot atrium, and a five-story, 3D IMAX theater that provides a dramatic backdrop for telling the compelling stories of America’s leadership in aerospace.

You’re retiring in September. Tell us about the changes to the center during your time.

We began a journey when I arrived.

First and foremost, the business model was revamped to rightsize the organization, restructure pricing mechanisms, staffing and program activities to maximize revenue. At the same time, new partnerships were cultivated with corporations and foundations to improve revenue support. Its mission, “inspiring the next generation of explorers,” needed to be, once again, top of mind.

The major renovations included upgrades to the giant screen IMAX theater plus the renovation of the Space Explorer and Flight galleries and the newest addition, The SPACE, an early learners’ gallery, a new children’s museum experience. 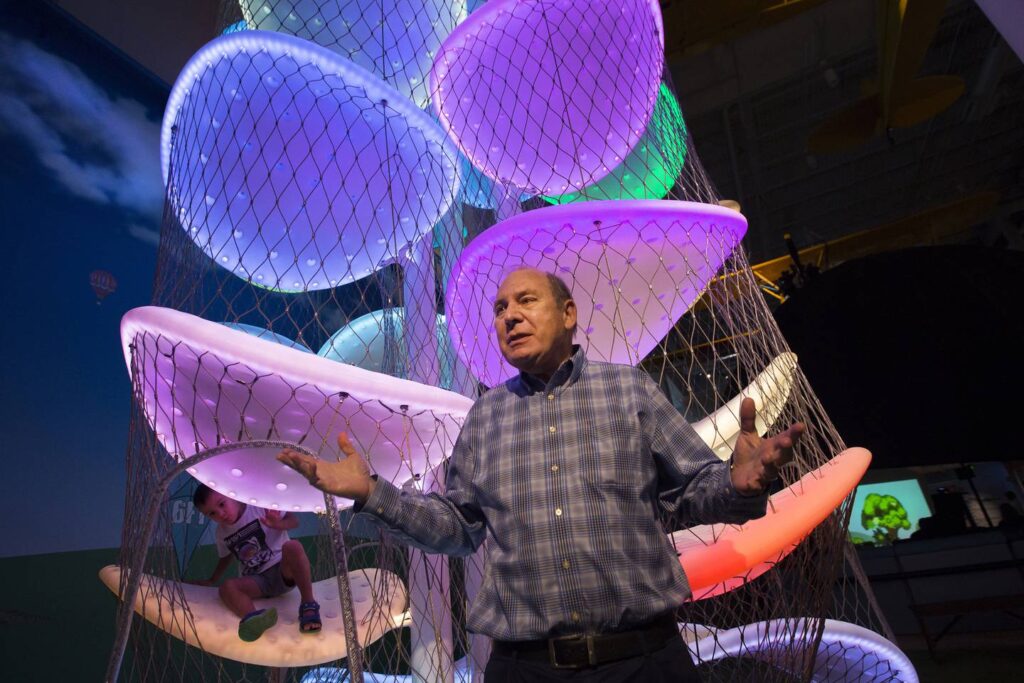 We were determined to achieve the goal of long-term sustainability. We had to convert this global pandemic disruption into an opportunity and we have accomplished that.

The center recently completed its multimillion-dollar capital campaign. The campaign, which lasted longer than expected because of the pandemic, enabled the institution to accomplish its goals.

We stayed in the black even when faced with forced closings; we refused to allow stakeholder investments to slip away through operating losses due to not making the required difficult business decisions.

What would surprise people most about what you do?

I have not given much thought to that question. Perhaps outsiders would be surprised at how many hats I wear. Internally, there is probably general agreement that I wear too many hats. I have experience in the accounting and budgeting that goes along with reinventing business models. I have a passion for marketing and branding, and at the same time, I have benefited from experiences in operations and construction. Previous positions exposed me to exhibit development that in turn forced me to focus on 21st-century engagement while driving revenue.

I spend a lot of time negotiating contract terms and conditions but I think I have mellowed quite a bit in this regard as I have gotten older! Long-term relationships need to have balance; it is not always about saving every nickel and dime. Both sides need to be able to breathe and grow in a contractual relationship.

Whom would you love to come to the center as a guest speaker before you leave?

Well, I guess the sky is the limit on that topic. But I think Dr. John Falk should make a return visit. We have many new board members who would benefit from his return.

He co-wrote the book “The Museum Experience” in 1992 that revolutionized the way museum professionals understand their constituents. His international institute has partnered with the center with its STEM 360 Program and Research Project, which uses a multiplatform system approach to enhancing STEM learning and workforce development. I hope whoever takes over invites him to speak. I know he will enjoy seeing the 21st-century transformation we have achieved and I know for sure that many will benefit from hearing what he has to say.

Do you have an area in the center or addition to the center that you are most proud of?

That’s easy. The two new exhibit galleries, Space Explorer Gallery and The SPACE, an early learner’s gallery whose acronym stands for Smile, Play, Achieve, Create, and Explore. Both redefine what a visit to the Virginia Air & Space Science Center entails. The new front entrance design provides cafeteria tables for school groups; they fold away into the wall when not in use. The expanded and renovated gift shop is a spectacular retail experience. Our per capita sales place us in the top 1% of science centers in the nation. And I should not forget to mention that upgrades to the IMAX large screen theater make the immersive experience all the more powerful.

But, most important, I am proud of the external and internal teams that made all this possible. They acted in the spirit of a Robert Frost poem, “The Road Not Taken,” which concludes, “I took the one less traveled by, and that has made all the difference.”